St. Patrick’s Day began as a holiday to remember the life of a man named St. Patrick who did good work in Ireland in the late 5th Century. But over the years, St. Patrick’s Day has become more of a day to simply celebrate being Irish. Traditional symbols of the holiday are shamrocks, Leprechauns, and of course, wearing the color green! And, before we move on, how cute are the Little Passports characters, Sam and Sofia: 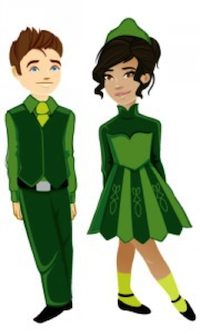 Across the world, people who want to celebrate head to parades and events whether they’re really “Irish” or not. Little Passports (A monthly children’s subscription service that teaches your kids about different states in the USA and new countries around the world) has shared some of the special festivities planned in each of these countries.

Australia
In Brisbane, the St. Patrick’s Day celebrations spread over ten days and include not only a parade, Irish dancing, dinners, and boxing matches, but also a Family Sports Day which includes Gaelic Football and other Gaelic sports! 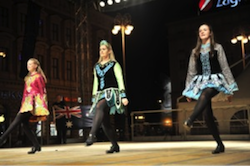 Japan
In Tokyo, over 1,000 people wearing green will take part in their parade this year. They also host an International Collegiate Festival with workshops where you can learn Irish dance, play Irish music, and enjoy a full day of concerts! 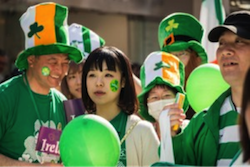 Ireland
Dublin hosts a giant four day festival featuring a parade with marching bands from all over the world. They also hold a fair with carousels, roller coasters and Ferris wheels and an Enchanted Banquet which includes a “curious evening” with plenty of erish fables, fairy tales and folklore. The festivities begin with famous buildings like the Blarney Castle, St. Patrick’s Cathedral, and the Bank of Ireland being lit green! 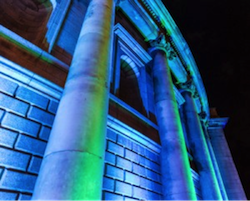 United States
The United States hosts St. Patrick’s Day parades in over 100 cities. One of the biggest is in the city of Chicago, who famously dyes its river green for the day! After the huge parade which draws thousands of people, you can head to the St. Patrick’s Day Festival at the Irish American Heritage Center and listen to Irish music, dance, and of course eat good old Irish food and drinks! 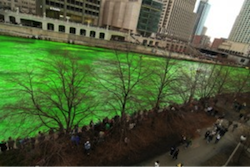 Clothes Shopping For Your Kids – This Is Genius {Guest Post}

One thought on “St. Patty’s Day Celebrations Around The World”

In this new year, be grateful that God has given you victory over many things over the past year. ~Steven M. Hitchcock Dismiss